THIS POST MAY CONTAIN AFFILIATE LINKS. PLEASE READ MY DISCLOSURE FOR MORE INFO.

Are you wondering how to sell a car that you’re upside down on and don’t own?

I wondered that too, especially when I was set on selling my Prius Plug-In that I owed too much money on. In my research, everything I found said to save up the difference and sell the car.

Sounds simple enough, but there was nothing that described the actual process. When does the buyer get to take the car? When is my loan paid off? How does the title get out of my name? – these are all questions I had that I couldn’t find answers to.

How did I get in this mess?

I’ve made a lot of stupid decisions when it comes to cars. The most notable being when I traded in a paid off Scion Tc for a Smart Car taking out a loan of around $12,000. Then, I decided that it would be smart to take out the full value of the car to pay off a private student loan with a high interest rate. If that wasn’t bad enough, a few years later I traded the Smart Car in and rolled the negative equity into a Prius Plug-In with a $28,000 loan.

When I started my debt free journey in December 2014, I planned on keeping the Prius. It was my dream car. I loved not having to take my keys out of my purse to unlock or start the car. The backup camera was extremely helpful, and it had Bluetooth, so I could talk on the phone and listen to music on my phone. It was the perfect car, except for one thing... 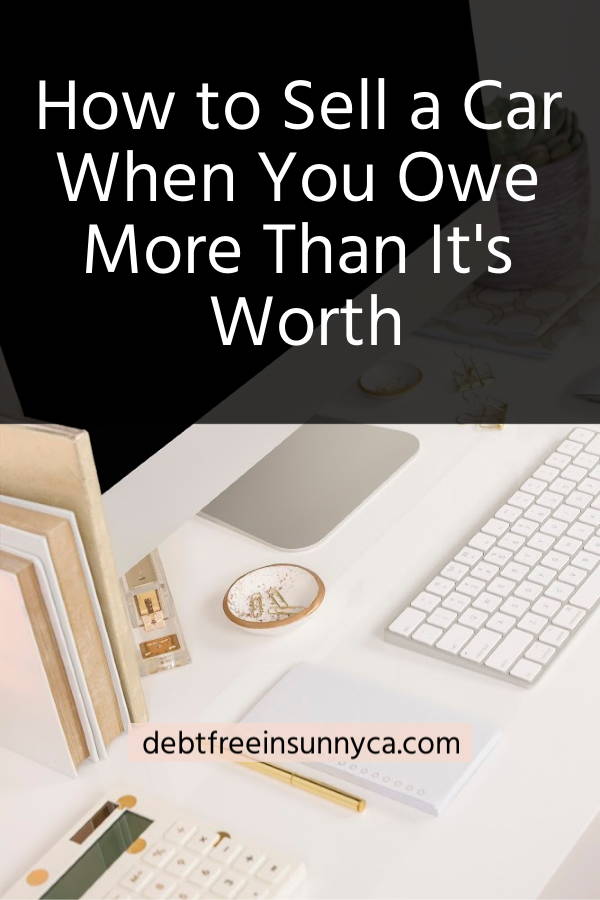 I couldn't afford it

In the spring of 2015, I had just graduated with my bachelor’s degree. My student loans went into the grace period, and over the next few months, I realized there was no way I was going to be able to afford my student loan and car payment with the salary I was making. Like most people, there was no big, fat pay raise when I finished school. After pondering for months, I made the decision to sell my car, but it wasn’t that easy. I was upside-down in the car, meaning I owed more on it than it was worth. I had to fumble through the process on my own, so I hope this post makes it easier on you! Here’s the process I went through.

Once I was determined to sell my Prius, I immediately paused the debt snowball and set all of the money that I would have been paying on debt aside to save for another car. I planned to save up $4,000 – $5,000 for a used Toyota or Honda since they tend to have the longest life span.

You’ll need to decide if you’re able to save up to purchase a used car before selling your vehicle. Other options include going without a car for a while and utilizing Uber/Lyft. The last resort, which Dave Ramsey approves of, is taking out $2,000 – $3,000 extra on your upside-down loan to buy a beater car. The justification here is that you are getting out of an expensive car payment and overall owing less debt.

If you’re not doing a zero-based budget, start doing one as soon as possible. This will allow you to save up to buy a car faster. If you’re new to budgeting, check out my Budget Tour and Stuffing Cash Envelopes videos on YouTube. 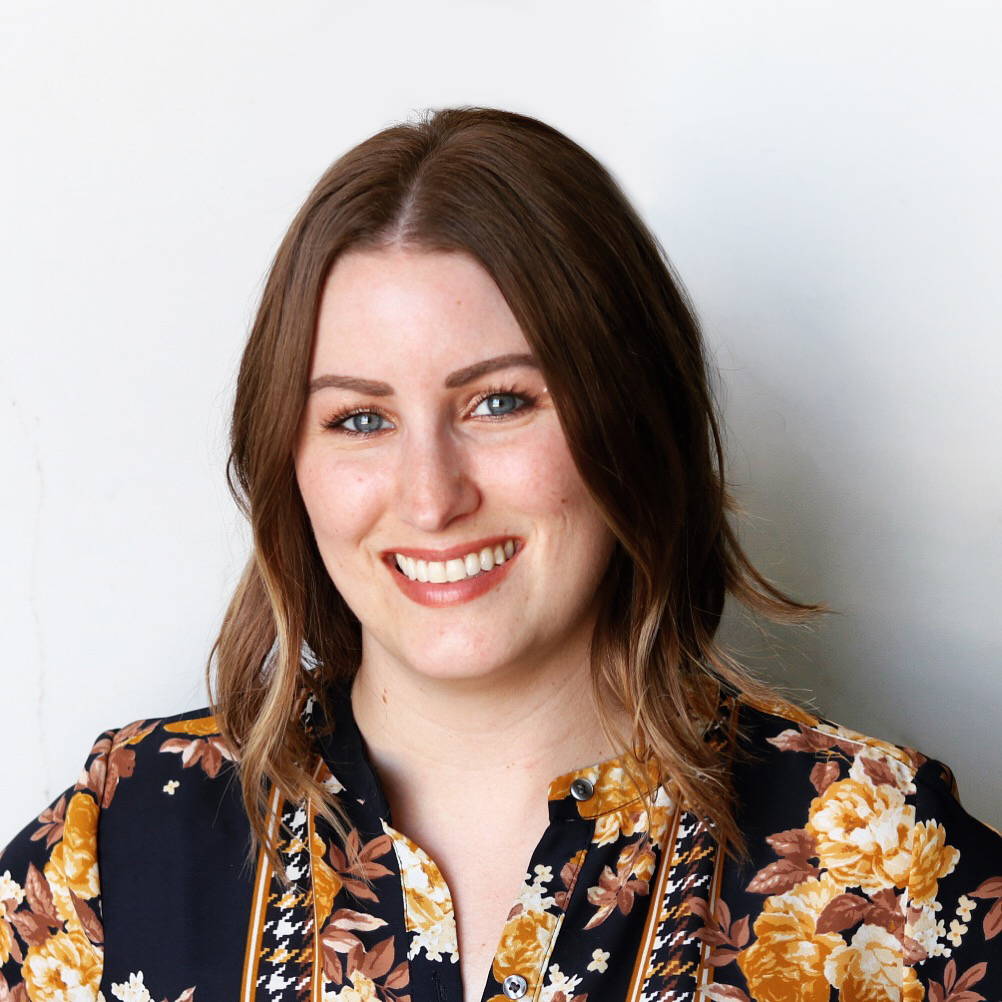 I'm Amanda. My husband and I paid off $133,763 of debt in less than four years! During our journey, I realized what my true passion was in life: helping others become debt free and reach financial independence. You can learn more about us here.

Step 2: Determine how much you owe

Whether it’s logging into your lender’s portal or giving them a call, this is an essential step to selling your car. You have to know how much you owe. Some vendors have the option to get a payoff quote online. This is another excellent way to find out how much you owe with a specific payoff date.

This is a valuable step because you want to make sure you are putting your car up for sale at a reasonable price. I used Kelley Blue Book to determine the value of my vehicle. On their website, click “My Car’s Value” to start the process. You’ll be asked information about your car, such as make and model, features, color, and condition. Be as specific as possible to get the most accurate estimate.

When you’re finished, an estimate will be shown. Be sure to select the “Sell to a Private Party” option. When selling a car, it’s recommended that you sell to a third party instead of a dealer because you’ll get more for the vehicle. 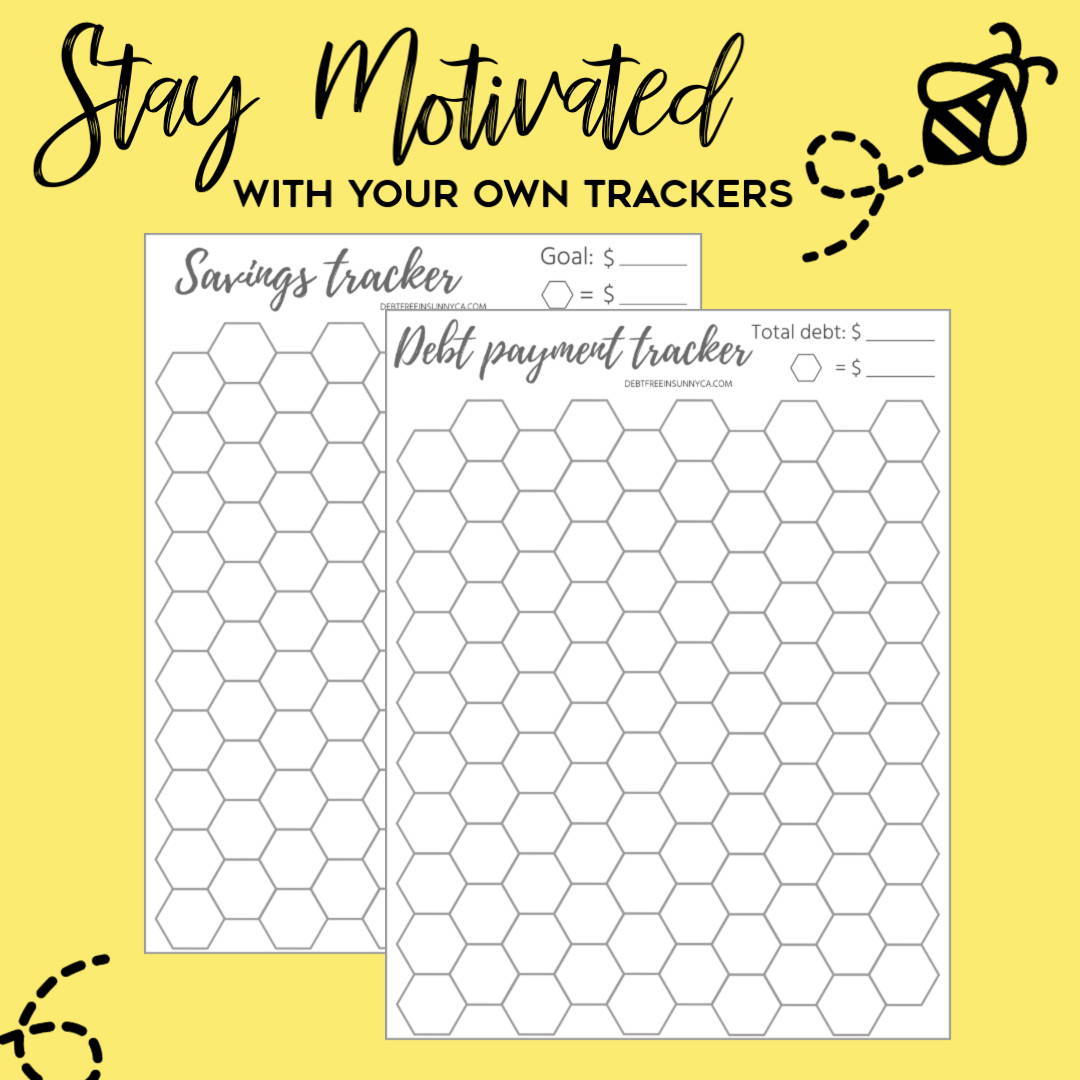 The last thing you want to do is go through the trouble of posting your car for sale and finding a buyer, only to discover that you aren’t approved for a loan that will cover what you still owe after the sale. Talk to your bank and go through the pre-approval process to make sure you can get a loan for the difference you think you’ll owe. Dave Ramsey suggests talking to a local credit union and telling them what you are trying to accomplish as they are more likely to work with you than a big bank. If you’re unable to get a loan for the difference, you will need to save up the difference before selling the car. I was able to get pre-approved through my bank’s online portal.

Craigslist, OfferUp, and Facebook Marketplace are some websites where you can post your vehicle for sale. Your car should be spotless before taking and posting pictures. When creating your post, be as detailed as possible about the car, the features, and anything wrong with it. Take a lot of pictures of both the inside and outside, so they have a good idea of the condition.

I posted my car for sale for $18,000 on Craigslist and figured it would take a little while to sell. Boy was I wrong! Within two days, I had someone interested in purchasing it, mostly because it came with the green carpool stickers that allow you to use the carpool lane with just one person in the car - a massive bonus in the area where I live. We set up a time for him to test drive it. I was upfront with the buyer about what I was trying to do and that I would need to take out a loan for the difference I owed. Later that day he made an offer of $16,500. I countered with $17,000, which he accepted. The difference was a little over $7,100. 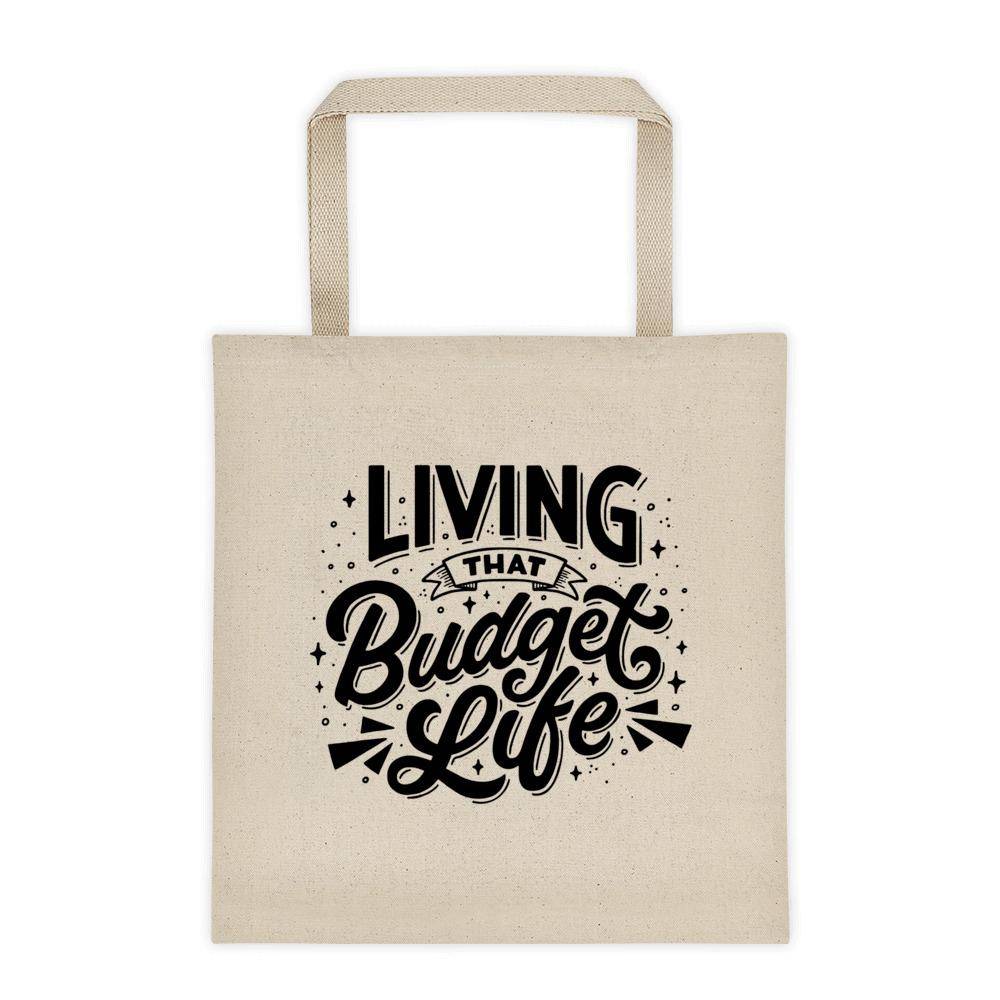 Step 6: Take out a loan for the difference

After you find a buyer is where it gets tricky. The one thing that made this process easier for me was that the buyer and I both banked at the same place. We went into the bank together and told them what we were trying to do. I went first and talked to an Account Manager. She explained the process and helped me take out a personal loan for the $7,100 difference between what the car was worth and what I owed on it. The loan was then applied to my car loan.

Step 7: Buyer takes out a loan for the agreed upon amount

After I was finished with the Account Manager, the buyer went back to take out a loan for the agreed upon amount. The amount was then paid on my car loan and took several days to process. This is why banking at the same place made it so much easier. The transaction was finished in an hour instead of having to go back and forth between banks, which would obviously make the process a little longer but still doable. Again, make sure to be upfront with the buyer about what you are trying to do because they will need to be ok with the back and forth between banks or going to the bank together as we did.

A bill of sale is a document that effectively transfers ownership of a vehicle. After the transactions were completed, we talked to the Account Manager about when the buyer should take possession of the car. She said it was up to us, but to protect both parties, she recommended having us sign a bill of sale. We both signed a bill of sale that the bank typed up and each received a copy.

We came to an agreement that the buyer would take possession of the car the same day. Several days later, all the payments posted, and my car loan was paid in full. I was left with a personal loan of $7,100 for the difference, and the buyer had a new loan in his name for $17,000.

We were told that the title for the car would be mailed to me within 30 days, and I would have to meet up with the buyer again to sign the title over to him. That’s not what ended up happening though. It took longer than I expected for the title to come in. I called the bank multiple times and heard several different things regarding how the process worked. In the end, the title was mailed to the buyer over a month later. We met up, I signed the title over to him, and he sent the title back to the bank to hold until his loan is paid in full.

I went without a car for a little over a month because Josh and I work and live together and could carpool. You may not have this option, which is why I recommend saving up before you sell your car. I took my time finding the right car and was able to pay cash for it. If there are a few days between when you sell your car and get a used one, try using Uber/Lyft for a few days.

It’s now been two and a half years since I sold my car, paid off the upside-down loan, and paid cash for a used car. This was hands down the best financial decision I’ve made. I reduced my debt by $17,000, freed up $433 a month, and accelerated my debt snowball a decent amount. I had the $7,100 personal loan paid off in four months, which allowed me to start paying off my student loans while I was still in school.

Dave Ramsey suggests that if you cannot pay off all your debt within two years, you should sell the car. It’s not permanent. You can always upgrade cars after you’re debt free. Short term sacrifice for long term gains.

Have you sold a car you were upside down on? Have you thought about selling your vehicle?

More Ways To Save 5 Products That Make Me Feel Wealthy 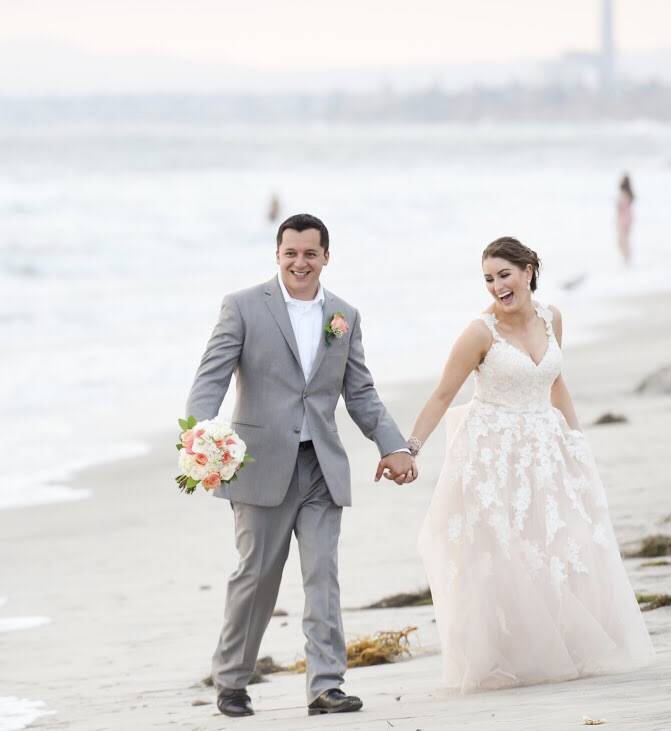 Amanda Williams is owner and founder of Debt Free In Sunny CA: A company inspiring financial literacy and debt free living. Josh and Amanda paid off $133,763 of debt in 3.7 years. She has built a dedicated, engaged, and loyal audience of thousands from the ground up. The #debtfreecommunity hashtag was created under Amanda's direction and has generated an online movement, bringing thousands together on a daily basis.
Use left/right arrows to navigate the slideshow or swipe left/right if using a mobile device